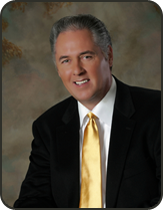 From the little town of Ripley, Mississippi, the Lord has called Carroll Roberson to minister to people all over the world. After being saved by the Lord's grace at the age of twenty-eight and after the Lord brought him through a cancerous operation on his throat one year later, Carroll went into full-time ministry.

After serving two years as a pastor, he felt the Lord leading him into evangelism. Since 1987, Carroll has been preaching revivals, crusades and singing his music for our wonderful Savior to millions of people. Carroll's music has opened numerous doors over the years for him to share Jesus Christ in word and song. His music has brought him national and international success having recorded nearly 50 gospel albums, with 47 of those available today, and he has written over three hundred songs. Over 25 songs have reached the top 15 in the gospel music charts and 4 songs have reached #1.  His music is among the most listened to in Christian music today.

His clear unique style ministers to a wide range of people from young to old and even foreign countries. His combined music sales have been well over one million. Even though he has received numerous awards and dozens of hit songs, his first love is preaching God's word. Carroll keeps the Holy Scriptures at the forefront of his ministry. He studies daily from a Hebraic perspective and has helped countless people come to a richer understanding of God's word. He feels his calling is to share the Bible with as many people as possible in this life.

Carroll has written several books including 5 complete commentaries: Matthew the Hebrew Gospel, Mark the Messiah's Gospel, Luke the Lord's Gospel, John the Jewish Gospel, and Acts, and they continued.

Carroll and his wife Donna have guided over thirty trips to Israel, uncovering treasures from the life of Christ that have changed many people's lives. His love for the Lord and his years of study have qualified Carroll to be a servant and spokesman of God's mercy and grace. Carroll's life is evidence that God uses simple people from ordinary backgrounds for His extraordinary work. Carroll has two boys, Shane and Brandon. He and Donna attend Whittentown Baptist Church in Ripley Mississippi when they are not traveling on the road.